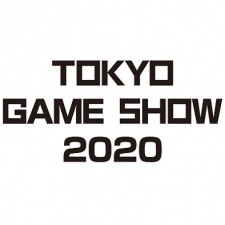 Tokyo Game Show 2020 has been cancelled due to the coronavirus outbreak.

As announced in a statement, the annual event that was scheduled to take place between September 24th and 27th will now be held digitally. Further information for the online format will be given in late May.

"Due to the outbreak of novel coronavirus (COVID-19) on a global scale and the situation remains unpredictable in Japan as well, the organiser and the co-organisers have reached this decision after a long consideration to place the utmost priority on the health and safety of visitors, exhibitors and stakeholders. We ask for your kind understanding and cooperation," said event organisers.

"More information will be announced as needed on the official website and press releases from late May."

The COVID-19 outbreak has wreaked havoc across the games industry. Companies have been forced to have staff work from home while multiple events have been cancelled. The biggest of which is E3, the ESA confirmed the annual show would not take place this year. On top of this, the trade body claimed no digital event would take its place.

GDC was postponed until the Summer but has since confirmed the event will not be physical due to the ongoing pandemic. Instead, GDC will go digital in August.

However, various companies, such as Microsoft and Ubisoft, have looked into online replacements. Meanwhile, Geoff Keighley's Summer Game Fest is gaining traction with multiple firms confirmed to be taking part, including Electronic Arts with its digital EA Play event.

Other companies such as Bethesda have chosen not to take part in digital formats.