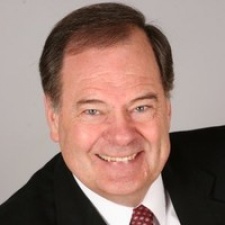 In the patch notes for a new update for the game, the firm revealed that it had done something to mark the passing of the voice of the Soldier.

Players have found that Valve has adding in a number of things to Team Fortress 2 to mark the departure of Rick. May, as reported by Eurogamer. The main menu has been devoted to the Soldier character he voiced, while memorial status appear to him across the game's various maps.

Players standing close to these sculptures have said that they've heard various voice lines from the Soldier.

May died in April 2020 after contracting the COVID-19 coronavirus. This shortly followed hm moving to a nursing home in Sweden after having a stroke in February.

"Rick was a wonderful teacher whose classes and students meant the world to him," said the Rekindle School where he taught. "He’ll be deeply missed."

As well as Team Fortress 2's Soldier, May voiced Peppy Hare in Star Fox – of "Do a barrel roll!" fame – as well as lending his talents for to narrate Age of Empires II and voice the character of Genghis Khan.