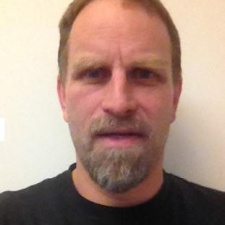 Skydance Interactive's Peter Akemann has said that developers are now pushing the bar in terms of what is possible in virtual reality.

Speaking at the digital GamesBeat Summit 2020 conference, the division's CEO said that we're going to see the next generation of VR games in the near future.

“Everyone is inventing the basics now, but once they’re out there, they will become standardized, and what will happen is we’ll go from Quake to Half-Life,” he said.

“Once the basic vocabulary gets laid down, we’re going to see second-generation product with deeper gameplay.”

Akemamn also said that there are more people buying VR headsets, which means the addressable audience for the tech is growing by the day. Recently SuperData reported that VR exclusive Half-Life: Alyx sold 860,000 copies during its first month on sale.

“The consumer base is spread out. It’s a trickle of people coming in,” he said. “If you can get in there it can last for a long time.”

Skydance Interactive was founded in November 2016, with Naughty Dog vet Amy Hennig and EA alum Julian Beak joining to head up the games division in 2019.