Report: A remake of Resident Evil 4 is on the way 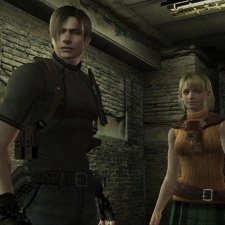 Japanese publisher Capcom is reportedly working on a remake of its iconic 2005 title Resident Evil 4.

That's according to VGC, which says that the game is set for a 2022 release date and is being made by M-Two. That's the Capcom-backed studio headed up by former PlatinumGames boss Tatsuya Minami which made the recently-released Resident Evil 3 remake.

The project has apparently been in development since 2018.

Industry insider Dusk Golem has backed up VGC's reporting, as well as saying that Resident Evil 4 Remake has a bigger development team than 2019's Resident Evil 2 Remake and the recently-released reimagining of Resident Evil 3. Staff working on the project include people who worked on Resident Evil 2 and Devil May Cry 5.

The remake of Resident Evil 2 has sold 6.5m copies since its February 2019 release, while Capcom recently announced that Resident Evil 3 shipped two million units in its first five days.

Capcom is also apparently working on Resident Evil 8, which is set to launch in 2021.

Resident Evil 4 launched as an exclusive title for Nintendo's GameCube console in January 2005 before being released on the PlayStation 2 later that year. The game came to both PC and Wii in 2007. In 2014, an HD version of the game was released for PC.