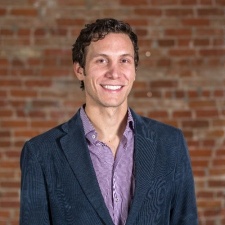 A brand new publishing label called Ziggurat Interactive has said it wants to release titles based on popular IP from the past.

The Denver, Colorado-based outfit is looking to "remaster, rework and restore" a number of console and PC titles as far back as the 80s. The firm has already announced three titles; 2001's Deadly Dozen, Super Huey from 1985 and Forbidden Forest, which debuted on the Commodore 64 and Atari 8-bit consoles in 1983.

These titles were set to be unveiled and shown at San Francisco's GDC but that show was cancelled due to concerns about the coronavirus.

“Everyone at Ziggurat shares a passion for classic and modern games, and we’ve turned that passion into a game company that will be unlike any other,” CEO Wade Rosen (pictured) said.

“For each classic game we work with, we’re doing more than just reworking it –– we’re improving upon it in ways that are respectful to the original while preserving what the fans loved about it, and also boosting the ‘awesome’ of it for modern players.”

Ziggurat was launched at the end of 2019.