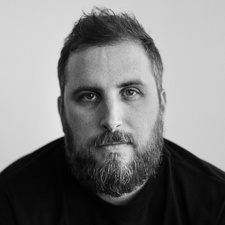 The Long Dark from developer Hinterland has asked for the game to be taken off Nvidia's GeForce Now streaming service.

Taking to Twitter, the title's director Raphael van Lierop (pictured) said that the company hadn't asked to host The Long Dark on its platform.

“Sorry to those who are disappointed you can no longer play The Long Dark on GeForce Now,” Lierop said.

“Nvidia didn't ask for our permission to put the game on the platform so we asked them to remove it. Please take your complaints to them, not us. Devs should control where their games exist.”

The issue here is that GeForce Now allows users to stream their library from other platforms, including Steam and the Epic Games Store.

Activision was the first company to ask for its games be removed, with Nvidia saying that this was down to a "misunderstanding" and that the Call of Duty maker wanted some form of a business agreement for GeForce Now. Bethesda has also asked that its games, aside from Wolfenstein Youngblood, to be taken off the streaming service.

Polish developer CD Projekt Red has said that Cyberpunk 2077 will be available on GeForce Now on launch.

We caught up with Hinterland in the wake of The Long Dark having sold 1.3m copies within three years of its launch in Early Access. There's also a film version of the survival title on the way.