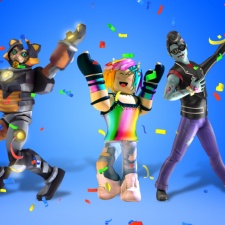 Games platform Roblox is now worth a whopping $4bn.

That follows a Series G funding round led by venture capitalist firm Andreessen Horowitz, which put $150m behind the company. There's another $350m in common and preferred shares up for grabs, too.

The company now reportedly boasts 115m monthly active users – up 25m since April 2019 – with users playing over 1.5bn hours of games each month, an increase on the one billion figure the firm gave this time last year. That means that each user is spending around 13 hours on Roblox each and every month.

“We’ve stayed true to our vision of creating a safe and civil place where people come together to create, learn, and have fun, and it’s amazing to see what we’ve built together with our global creator community,” Roblox CEO and co-founder David Baszucki, said.

“Looking ahead, we’re doubling down on our commitment to building the most advanced tools and technology to take our creators and players into the metaverse of the future.”

David George, general partner at Andreessen Horowitz added: “We are big believers in Roblox’s long-term vision, and are confident in backing the team as they enter this next inflection point. Roblox is one of those rare platform companies with massive traction and an organic, high-growth business model that will advance the company, and push the industry forward for many years to come.”