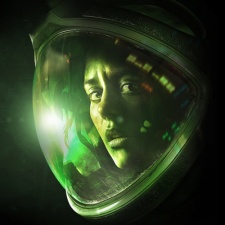 Both 3D Realms and Boss Key Productions were in talks with 21st Century Fox about making games based on the Alien IP ahead of the company's acquisition by Disney.

In a thread on Twitter (below), as reported by VG247, Boss Key founder Cliff Bleszinski said that the studio was in discussions with the firm about making a new Alien game but this ended up falling through due to Disney buying 21st Century Fox.

The Gears of War developer didn't go into detail about what this would have looked like, but the VP of studio 3D Realms Frederik Schreiber also said that it was pitching an Alien title at around the same time. Dubbed Aliens: Hadley's Hope, this would have been a multiplayer co-op shooter that saw colonists and marines fighting against the Xenomorph queen.

The game was axed after Disney bought 21st Century Fox at the start of 2019. In January 2018, Fox bought Cold Iron Studios to make a game based on the Alien IP which is possibly why Hadley's Hope and Boss Key's title fell through.

The Alien IP has long been a presence in the video games space with varying degrees of quality. Perhaps the best-loved project based on the sci-fi horror IP is 2014's Alien: Isolation from British developer Creative Assembly. Many will associate the brand with 2013's Aliens: Colonial Marines, which saw a disastrous launch.

Funfact: Before BKP shut down we were in talks to do a new game in the Aliens franchise with Fox.

Then Disney bought them and that got lost in the shuffle, darnit.