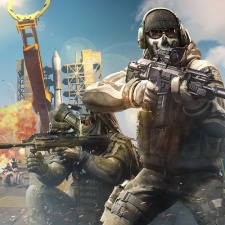 Activision has put the Call of Duty movie on the back burner according to the director of the film.

Speaking to Bad Taste, director Stefano Sollima explained that the movie is on hold until all parties have agreed on how to move forward. Activision Blizzard Studios will produce the film.

Sollima claimed to have written the film's script with Scott Silver - best known for Joker, which was up for multiple accolades including the Academy Awards.

Multiple scripts have been written in recent years based upon the shooter franchise.

"We have plotted out many years," said Activision Blizzard Studios producer Stacer Sher to Gamespot in 2017.

"We put together this group of writers to talk about where we were going. There'll be a film that feels more like Black Ops, the story behind the story.

"The Modern Warfare series looks at what it's like to fight a war with the eyes of the world on you. And then maybe something that is more of a hybrid, where you are looking at private, covert operations, while a public operation is going on."

Call of duty isn't the only game struggling to transition into a movie. Uncharted lost its sixth director last month, Travis Knight refused to part in a crunch - caused by Tom Holland's Spider-Man schedule.