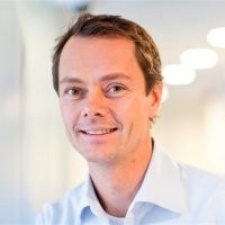 As reported by GamesIndustry.biz, Ahlskog has been found guilty of abusing his knowledge of Starbreeze's money woes in order to make money ahead of the company going bust in December 2018. The former financial boss also reportedly sold off some of his shares in the company to limited how much money he lost ahead of its impending reconstruction. He stepped down in October 2018.

Ex-CEO Bo Andersson Klint has been cleared of any wrongdoing as part of the same case, which follows an investigation by the Swedish Economic Crime Authority (ECO). That's the same organisation that raided Starbreeze's offices at the end of 2018.

Starbreeze went bust in December 2018 and had three months to rebuild itself. The firm applied for three consecutive extensions to this window and eventually emerged from reconstruction in December 2019. In the process, the company has sold off many of the publishing right it has purchased in previous years – including those for Psychonauts 2, System Shock 3 and Dead by Daylight – and now largely has only the Payday IP to its name.

The company valued this brand at close to $162.3m with a third instalment on the way. Starbreeze is currently on the hunt for a publisher for Payday 3.

505 Games parent company Digital Bros bought out $24.1m of Starbreeze stock that Korean firm Smilegate owned, making it likely that the Italian corporation would end up buying the Swedish outfit. If that were to happen, it'd be likely that 505 would publish Payday 3.