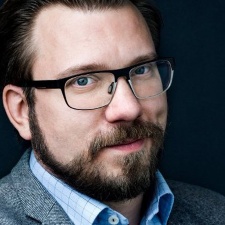 In a release, the company's board announced the promotion, which comes in the wake of him taking becoming acting CEO in October of last year.

"Tobias has done a fantastic job since joining as acting CEO at short notice and has quickly secured a co-publishing agreement for Payday 3, which is an important step in continuing to develop Starbreeze into an even more successful IP-focused company," chair of the board Torgny Hellström said.

"At the same time, he has implemented a structure and organization in the company to better meet the future and the Board is convinced that he is the right person to lead our talented team as we enter a new exciting phase for the company. In addition to making Payday 3 a world-class game, Tobias also has the mission to develop the Payday IP further and explore the possibilities of adding new IP:s to our portfolio."

Sjögren added: "I look forward to continuing to work with all the fantastic talents at the company while developing and running the day to day business. Starbreeze is in a very exciting position, PAYDAY 2 is developing well and with a co-publishing deal for Payday 3 in place we further consolidate our strong position in first-person shooter co-op games."

This news follows Starbreeze landing a publishing deal for the upcoming Payday 3. The firm has teamed up with Koch Media – owned by fellow Swedish company Embracer Group – to release the title with a 2023 launch date.