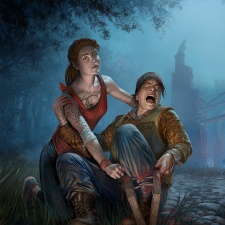 The developer of horror title Dead by Daylight Behaviour Interactive will be the rights to the game from publisher Starbreeze.

The firm has agreed to splash out a cool $16m to the rights to the survival horror game. $4m is being paid upfront, with the remaining $12m being shelled out in the form of royalties.

To date, that project has sold more than three million copies.

Starbreeze invested $2m into the game's development, with $42m brought in in net sales.

The firm says that this deal is meant to boost its cash flow to all money to be spent on development of new projects, such as Overkill's The Walking Dead. That game was delayed, with the company having to sell shares to raise funds to continue development.

"We are concluding the partnership with Behaviour in a favorable manner, and Dead by Daylight has become an even better deal for Starbreeze," Bo Andersson Klint, Starbreeze CEO, said.

"In addition to securing and accelerating our revenues from the game, we will incur no costs related to further development and marketing. Through this deal, we expect the profits from the game to exceed our projection for the remaining lifespan for the title."