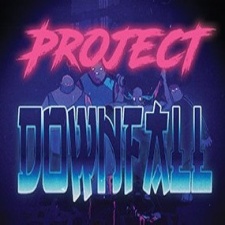 We’ve already kicked off our 2020 season with our first brand new and updated Big Indie Pitch (PC / Console Edition) of 2020. However, if you thought we were going to take a break after our flagship show, you couldn’t be more wrong.

In fact, only two days after Pocket Gamer Connects London 2020, we were on the road in Amsterdam to host The Big Indie Pitch at the White Nights Amsterdam conference. This pitch saw more than 20 developers across all platforms take to the floor, with the grand prize taken by the retro infused neon-punk adventure shooter Project Downfall. A game where every decision has consequences.

For those not in the know, The Big Indie Pitch is a regular event run by the makers of PCGamesInsider.biz. It gives indie developers the chance to pitch their games to industry experts and journalists in a speed-dating-style format. Teams get the opportunity to get valuable feedback on their games, as well as win great prizes such as promotional packages and the coveted Big Indie Pitch baseball bat.

Of course, Project Downfall as you already know was the winner, but we always award prizes for the top three. So read on to not only find out more about Project Downfall, but also our runners up too.

Inspired by the likes of Falling Down and John Wick, Project Downfall is a highly stylised trip into the darker side of society. By day you live the regular middle class life. The 9-5, spending time with your partner and relaxing in your apartment fill your days. However, by night you attempt to step into the darkness within the society you live in and deliver some much needed justice. Well at least that’s what you think.

You see, things aren’t always as they seem in this 80s inspired retro infused cyberpunk adventure, as not only will each decision affect the direction of your story, and potentially even your downfall, but every single action will affect this. From interactions, to pickups, and even to the way in which you open the door, every single action has a consequence as you attempt to hold onto your sanity and clean up society.

Currently available on Steam for PC, but looking at a range of different platforms, including the Nintendo Switch, WarpThrough is a fast and frantic arcade inspired platformer. One in which must utilise a range of different combat skills in order to find the flow and defeat the enemies.

Presented in stunning pixel art, WarpThrough also features an eclectic range of loveable and unique characters, all of which have their own skills and abilities for players to master. Moreover, the game also features a short story and engaging multiplayer gameplay. For any fans of games such as Towerfall and Celeste should definitely check this one out.

Kunai is an intense and action packed Metroidvania for PC and Nintendo Switch. One in which you take the controls of Tabby, a tablet that also happens to be infused with the soul of an ancient warrior and master of ninja parkour.

As Tabby you must grab your trusty Kunai weapon and head out on quest to save the now barren planet Earth from the clothes of the evil A.I. Lemononkus who has almost wiped out all human life. Starting out with nothing but the basics, players will be able to explore a post apocalyptic world filled with secrets, hidden routes, and unique characters. That’s not all though, as you'll also be able to increase your abilities as you progress on your quest, giving players a range of ever growing skills to utilise.