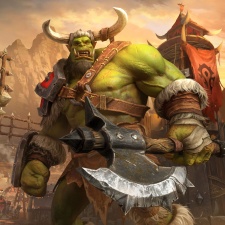 Blizzard has laid claim to all custom game modes made in its recently-released Warcraft 3: Reforged.

In the release's custom game acceptable use policy – as spotted by PCGamer – the publishing giant says that these titles "are and shall remain the sole and exclusive property of Blizzard."

Creators of custom games are not allowed to profit from their works unless given explicit consent by Blizzard. Developers are allowed to accept money to fund the creation of their wares, however.

This is likely owing to the fact that the MOBA genre, popularised by Riot's League of Legends and Valve's Dota 2, started with a Warcraft 3: Reign of Chaos mod called Defense of the Ancients created by developer IceFrog. Not having custom content locked down meant that Blizzard likely lost out in millions, if not billions, of dollars. The firm even tried to cut out its own slice of the MOBA pie with Heroes of the Storm.

The MOBA genre also indirectly spawned the auto battler game type, which was created by China's Drodo Studios as a wildly-popular Steam Workshop project for Dota 2.

While these policies sound harsh and somewhat dystopian, they are also rather common these days. As PC Gamer also points out, other companies including Creative Assembly have similar terms for Steam Workshop content for its Total War franchise.