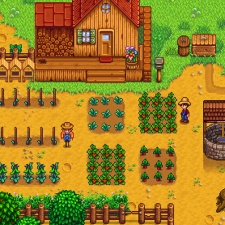 That's according to developer Eric "ConcernedApe" Barone, who revealed the milestone on Twitter (below) last week, in which the game's creator thanked its myriad fans.

There's no breakdown on that ten million figure by platform, but given that Stardew Valley first launched on PC in February 2016 – ahead of releases on MacOS, Linux, PS4, Xbox One, Nintendo Switch, PlayStation Vita and both iOS and Android – we'd wager that the PC version takes up a decent slice of the game's total sales to date.

The game sold 400,000 copies on Steam and GOG within two weeks of launch before hitting one million sales in two months. By the end of 2017, research firm SuperData reported that the game had shifted 3.5m units across all platforms.

Stardew Valley has sold over 10 million copies. It's strange & amazing to think back to when I was making this game in my bedroom w/ no clue if anyone would like it. Only 4 years ago! To everyone who has played this game, supported it, and made all of this possible: Thank you!!