Streamer Ninja is getting a skin in Fortnite 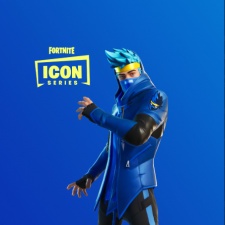 Some of the world's biggest streamers are getting a skin in Epic's battle royale title Fortnite.

As revealed by the personality himself on Twitter (below), the skin came to the free-to-play smash-hit yesterday (Wednesday, January 15th), with Ninja saying that this is a dream come true. The skin will be available until some time on January 19th.

Given that this is only available for a few days it's likely Epic is trying to boost engagement with Fortnite for some reason or another.

According to a blog post on Epic's website, Ninja is just one of a few personalities that are getting skins as part of the 'Icon Series', with other collaborations coming with the likes of Loserfruit and TheGrefg in the future. We're not sure who those are either.

I've dreamt of having a skin in Fortnite since I started playing the game. Today, my dream becomes reality. Get the Ninja Fortnite Skin in the Epic store Thursday 6 p.m. CST-Sunday 7 p.m. Don't forget to use code NINJA! #NinjaSkin #EpicPartner pic.twitter.com/xTn9UlbkGI