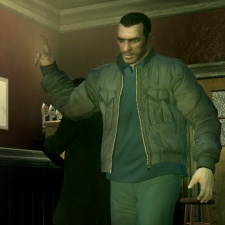 As confirmed to The Verge by the studio, the Take-Two owned firm isn't able to make new game keys for the 2008 title as it relied on the Big M's third-party tech.

"With Microsoft no longer supporting Games For Windows Live, it is no longer possible to generate the additional keys needed to continue selling the current version of the game. We are looking at other options for distributing GTAIV for PC and will share more information as soon as we can.”

Games for Windows Live was one of many attempts by Microsoft to support the PC games audience. This launched in 2007, with the Xbox maker rolling back the functionality in 2013. Rockstar hasn't patched Grand Theft Auto 4 to remove the necessity of this tech.

Microsoft has continued to support the PC market, most recently with United Windows Platform (UWP) which sees all first-party releases coming to both Xbox and Windows 10. The firm has also brought own-developed titles like Halo: The Master Chief Collection and Age of Empires II: Definitive Edition to Steam. Furthermore, the Big M has brought its Game Pass subscription service to PC as of August 2019. In general, the company wants to show it is committed to PC.