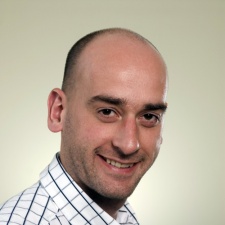 The games publishing arm of UK broadcaster Channel 4, All 4 Games, is being spun out and rebranded as Indie Champions.

The outfit is still being headed by its founder Colin Macdonald (pictured), with the first title being released following its new name is SEN: Seven Eight Nine from indie studio Locogame. News that All 4 Games was being spun out into its own company broke back in September 2017.

“The name Indie Champions better explains what we’re most focused on; championing the work of amazing developers," Macdonald said.

"Our heritage was in mobile, because it was so accessible for developers. Whilst that continues to be true, mobile has also become the most competitive platform, so going forward we’re looking more at PC and console.”

“The name also represents our shift in focus to working with a network of Influencers who are as eager as we are to champion new indie games. We’re not trying to compete with the many great indie labels that now exist; in practice if a game isn’t right for us I’ll regularly refer developers to my friends at those publishers. Indie Champions instead looks for great indie games from developers who either don’t want, or can’t get, a conventional publishing deal. “