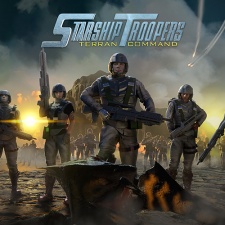 European strategy game specialist Slitherine has been handed the license for Starship Troopers.

The publisher is using this to release PC real-time strategy title Starship Troopers: Terran Command which is set to launch in 2020. Belgian studio The Arisocrats is handling development duties and started work on the project two years ago.

“If you take one of the most iconic movies from the 90s and shape it into a strategy game of survival, that mixes classic real-time mechanics, tower defense and tactical deployment of units then you have Starship Troopers - Terran Command in a nutshell," Slitherine development director Iain McNeil said.

“Modern strategy games are fast-paced and they successfully blend unit management, survival and captivating storytelling. Nothing is more suited to this type of gameplay than the Starship Troopers universe, where there is a continuous sense of danger and uncertainty."

He continued: “When creating this game, we aimed to capture the essence of the original movie and its universe. This is not only achieved by creating a coherent set of units and scenarios, but also by mimicking the language, visual elements, dialogues and the little details that made the film such an iconic, cult feature."

Starship Troopers is best known for being the satirical 1997 Sony Pictures film about a militaristic society of space fascists on a crusade against an alien force known as the Arachnids, aka bugs. It's actually based on a 1957 book by Robert A. Heinlein.

Fingers crossed it doesn't launch with any bugs, because they might be embarrassing.