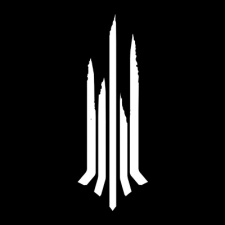 Behaviour Interactive has stopped development for its survival title Deathgarden.

In a community letter, the company claimed to have looked for solutions to keep its game alive. To give the game the send-off it deserves, the developer will keep the servers going until the end of the year at least.

Deathgarden is also being made free-to-play to encourage more players to give the title a try. However, it was the ever-decreasing player base that made the company realise the game could not be sustained long-term.

“Witnessing the decreasing player base, we’ve been working on finding solutions: we sought advice, considered many different scenarios, looked at various solutions, but unfortunately, none of them would change the fate of this project.

“Today, it is with a heavy heart that we’re announcing the end of Deathgarden’s development. To honour the production team’s work, we have decided to give the game a meaningful last breath by finalizing every feature we’ve been working on.

The letter continued: “Two years ago, a handful of passionate game developers at Behaviour got together to develop a new game concept. This paved the way for great talents to join the team, and we want to acknowledge the work of every single person who took part in this soulful adventure.

“Deathgarden was, and still is today, a project of passion. A game that we wanted to make for ourselves, but also for players around the world to enjoy.

“This project made us go through a roller coaster of emotions, from the first version to the reboot, and we take pride in what we’ve accomplished. We grew a lot from the experience, as a team and as individuals, and we will keep on going, we will take risks and be innovative to meet our player’s expectations.

“As for the future, the Deathgarden team has been redeployed to other Behaviour projects, both live and unannounced.”