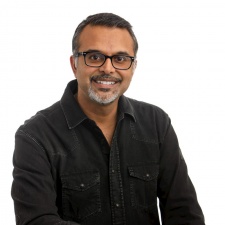 Logitech G will launch an adaptive gaming kit for those with disabilities.

According to VentureBeat, the company’s new kit will cost $100 - with a release date in November 2019. It is made up of various buttons and triggers and jack cords - to suit the needs of many people who need it.

The gaming kit is a companion piece to Microsoft's adaptive Xbox controller that it released in 2018.

“We believe play is super important. When you’re a child, you play a lot and as you grow up and life kicks in, you play less and less and less,” said Logitech Gaming vice president and general manager Ujesh Desai (pictured) in an interview with GamesBeat.

“This is one of the things that we stand for. Life is just more fun when you play. And everyone should be able to play.”

Desai continued: “We worked with them a bit on that to help them develop that in terms of supporting them with different peripherals, and joysticks and things that can plug into that product,” Desai said.

“Before they launched, they invited me personally and a couple of us to see it. When I went up there, I just realized that there was so much more that we could do in this space, and frankly, that we should be doing in this space. And that’s what led us over the last 12 months to do more.”

“We believe that technology has the ability to empower all of us,” said Microsoft’s vice president of gaming Phil Spencer in a statement.

“With the addition of Logitech G’s Adaptive Gaming Kit, together we are able to push the boundaries of what technology can do in a concerted effort to be inclusive of everyone around the world.”