Google Stadia will be missing most features on launch 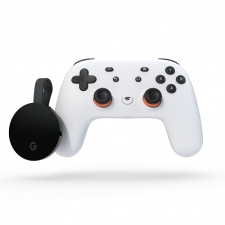 Days before a new console or platform launches, the company behind it would normally be talking up all the amazing features their product has to drive excitement. Google doesn't seem to believe that's the case, however.

In a Reddit ask me anything (AMA) event for its forthcoming Stadia streaming platform, the search and software giant confirmed that a number of features announced for the cloud games service would not be available on its November 19th launch.

Stream Connect is set to launch at the end of the year, product director Andrey Doronichev said, while State Share and Crowd Play won't be rolled out until 2020. Meanwhile, the achievement system won't be letting players know when they have done something, but will be recording that information still with the full feature launching "shortly after launch."

Meanwhile, games will not be able to be shared within family sharing accounts until early next year, either, while the buddy passes that come with the Founders Editions of Stadia - which let users give a friend a three-month subscription to Stadia - won't be sent until three weeks after release.

Oh, and if this all wasn't bad enough, people who pre-ordered Stadia Controllers and Chromecasts will likely not be receiving them until after launch, which is something we did already know. But that doesn't stop it being absolutely shocking.

So all in all, Google might think it is going to change how people play games, but its launch sounds like it's set to be somewhat disappointing. Add onto this the fact that Google's first-party Stadia Games and Entertainment studio was only really formally set up last month and you have a platform that sounds woefully underprepared for launch.

There are 12 titles available on the service when it rolls out and only one of them is exclusive.

Google Stadia only has one exclusive title at launch