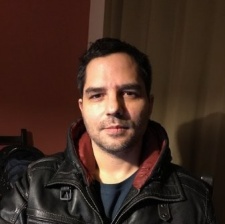 Polish developer and publisher CD Projekt RED has said that it will not be introducing in-game purchases to its eagerly-anticipated Cyberpunk 2077.

Speaking to GameSpot, the head of the studio's Krakow office John Mamais said that he felt they were a "bad idea" after launching a game, saying they erode the community's goodwill. The developer boss did say that they appeared to be good for business, however.

"I think it's a bad idea to do microtransactions after you release a game," he said.

"It seems like it's very profitable, though. It's probably a hard decision for the guy that runs the business to decide if we should do it or not. But if everyone hates it, why would we do something like that and lose the goodwill of our customers?"

Mamais also says that he was concerned about Cyberpunk launching in Australia due to the region's rather strict content approval process, which is particularly stringent when it comes to subjects like drugs and sexual violence.

"I was [concerned about censorship] because I know Australia has issues with drugs and the other thing is sexualised violence--those are the two things that can kill your product [in Australia]," Mamais said. "But I've been looking into it [over] the last couple of days. It seems like we're safe. You don't get rewarded for [using] drugs as far as I know in the game. The player doesn't do any kind of sexualised violence at all where it's really tasteless; we wouldn't do anything like that."

We caught up with Cyberpunk 2077 senior level designer Miles Tost at Gamescom to discuss the pressures of working on a game with a massive level of hype and to see what the Polish studio had learnt from making The Witcher 3.