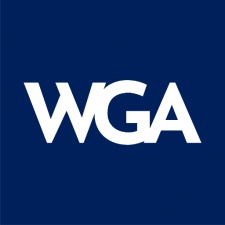 The Writers Guild of America (WGA) has axed its video game category for the time being.

Speaking to IGN, a spokesperson for the labour union revealed that the medium would not be recognised at this year’s show. That isn’t to say that the award will not return at some point in the future. It seems that right now the body feels there aren’t enough video games being penned by its members.

“However, the category will be reinstated when there is a critical mass of video games covered by the WGA in order to provide a meaningful award selection process.”

The video games category was introduced in 2008 with writers Dave Ellis and Adam Cogan for Dead Head Fred picking up the inaugural award. Over the years, winners have included The Last of Us, God of War, Horizon Zero Dawn, Uncharted 4: A Thief’s End and Rise of the Tomb Raider.

The Last of Us Part 2 director Neil Druckmann took to Twitter to voice his displeasure at the announcement.

“Very disappointed at the WGA for removing the video game category from their awards. A misguided slap in the face for writers in games,” said Druckmann.

Meanwhile, Chet Faliszek of Stray Bombay Company - who penned Portal and Left 4 Dead while at Valve - said that he was previously invited to join the writers union and thus have entry to the awards, but felt it was not worth it.

“I’ve never joined the WGA and never will,” he said.

“To win this award, you have to be a member. When they asked us to join so we could win - we could pay dues, but not vote because game writing isn’t real writing, not like have a short story published in a zine read by 12 people.”