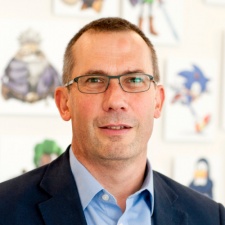 The CEO of European video games trade body ISFE Simon Little (pictured) says that a French ruling against Valve has said that it "flies in the face of established EU law."

In a statement released in the wake of the ruling in the case brought by French consumer group UFC-Que Choisir, the exec says that digital downloads need to be protected in order to stop piracy. ISFE goes on to cite EU copyright law, pointing out that the copyright on the digital side of things doesn't run out after the initial purchase unlike with physical goods.

“This French ruling flies in the face of established EU law which recognises the need to protect digital downloads from the ease of reproduction allowed by the Internet," Little said.

"Far from supporting gamers, this ruling, if it stands, would dramatically and negatively impact investment in the creation, production and publication of, not just video games, but of the entire output of the digital entertainment sector in Europe. If Europe’s creators cannot protect their investments and their intellectual property, the impact on both industry and consumers will be disastrous.”

The ruling from France's Court of First Instance last Tuesday (September 17th) said that it must be possible for users to sell on products bought from Steam. Valve has said it will be appealing the decision.

It must be possible to resell games on Steam in EU, French court tells Valve