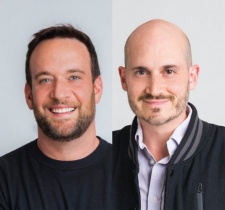 In an interview with GamesIndustry.biz, Kusin and Horn discussed their desire to unify all different types of games content in one place. Leading to the partnered creation of the Video Game Entertainment and News Network (VENN), it is expected to launch in 2020.

"On one hand, you have a $150 billion industry, according to Newzoo's predictions for 2019, which is catering to the largest and most influential generation in the world," said Kusin.

"And on the other hand, there's no TV network to support it. It's shocking, considering the entire movie industry and music industry all rolled up is barely as big as gaming.

"You've got this entire industry - even Ninja, even Tfue - who are broadcasting from their bedrooms, and they're garnering massive viewership audiences. These are numbers that compare to what you're seeing on traditional cable and TV networks.

"Why can't we do bigger and better production, and bring gamers and bring this entire industry out of the bedroom and into the masses?"

In particular, the pair hope to bring esports to a broader audience, on top of high-quality games related content.

Kusin continued: "The supply of high-end, well-produced gaming and esports-related content is thin and rarely available."

"We love seeing Overwatch League on ABC. We love when ESPN does gaming features. We're very much about a rising tide, what's good for the goose is good for the gander, all of that."

The funding will be used to create a vast network. Horn and Kusin plan for VENN to have a television broadcast as well as "anywhere and everywhere that consumers are consuming content," such as YouTube and Twitch.