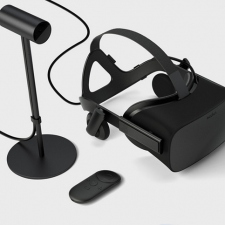 That’s according to the fourth annual AR and VR innovation report released by the XRDC event, which claims that 29 per cent of virtual reality projects currently in development were for Oculus’ Rift headsets. That places the Facebook-owned headset just ahead of HTC’s Vive tech, for which 24 per cent of VR titles are being made for. The report also claims that the 24 per cent of virtual reality games are being built for Oculus’ recently-released wireless Quest headset.

HTC Vive has been the most popular VR tech for developers for the last three years XRDC has been conducting this research.

Oculus’ newest VR platform has made an impressive start; the Oculus Quest is already within the Top Three most popular VR platforms for developers.

"This is a big deal: the HTC Vive has been the most popular platform among devs surveyed for the Innovation Report for three years running, but this year it seems like Oculus has managed to recapture some creators' interest," said XRDC in its report.

The Size Of The VR Consumer Market (Updated, 3rd March)