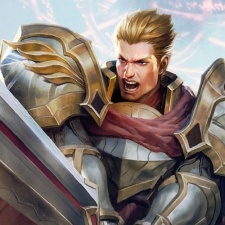 Global digital revenue increased by two per cent year-on-year to $9.2 billion in June, according to Superdata.

The increase in worldwide digital revenue comes from the mobile market growing seven per cent for the month. Meanwhile, console and PC saw a decline of two per cent and nine per cent respectively.

Last month’s top grossing titles were League of Legends for PC, Fifa 19 consoles and Honor of Kings for mobile. Battle royale games are still proving popular with both Fortnite and PlayerUnknown’s Battlegrounds in PC’s top 10.

On mobile meanwhile, Tencent’s influence can be seen in half of the top 10 titles. It’s own games Honor of Kings and Perfect world ranked first and fifth, while Tencent-owned Supercell’s Clash of Clans and Clash Royale took third and ninth. The Chinese publisher also has a small stake in Activision Blizzard, whose Candy Crush Saga hit fourth.

Elsewhere, June saw the release of Crash Team Racing Nitro-Fueled, it had one of the best launches in history for the genre. It sold an estimated 552,000 digital units despite releasing the tail end of the month on June 21st.