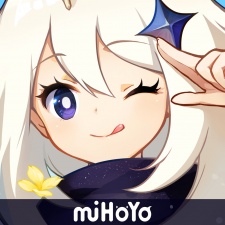 MiHoYo's free-to-play title Genshin Impact made more money via digital spending than any other title around the world in October.

That's according to research firm SuperData, which reports that the PC, mobile and PS4 game was hugely popular and attracted a lot of spending. Despite being a PC title, the game doesn't appear in the top earners for that platform for the month, either indicating that Genshin Impact was more popular on other hardware or that the likes of League of Legends were earning even more.

Meanwhile, EA's new FIFA 21 sold 1.5m units digitally during the month, an increase on the 1.2m managed by its predecessor, while fellow EA title Star Wars: Squadrons clocked in 1.1m copies during October. That puts it ahead of Star Wars: Battlefront II, but behind 2019's Jedi: Fallen Order, which debuted with 1m and 2.9m units respectively.

Watch Dogs: Legion from Ubisoft sold 1.9m copies, which SuperData says that this is a franchise record.

In total, consumers spent $10.6bn on digital games for the month, an increase of 14 per cent year-on-year. PC saw a 10 per cent increase, coming in behind console's 18 per cent and mobile's 15 per cent.

Here are the top-earning games for October 2020: