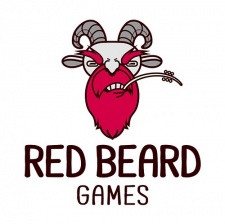 Hi-Rez Studios has opened a new studio named Red Beard Games as it continues its expansion in the UK.

Red Beard Games is the first of three new game studios that the firm plans to open in the nation.

The Brighton-based studio will begin development with a small team before taking on more staff as their projects see fit.

Hi-Rez Studios is best known for its free-to-play MMO Smite series and its upcoming spin-off, Smite Rivals which is coming to Windows, iOS and Android.

"We acknowledge that great games businesses are built on great games. That means ensuring that creative talent is given the space and resources it needs.

"Our intent with Red Beard Games is to ensure it can function independently, creatively and with all the agility of a small studio, but with the backing and experience of a much bigger business."

Lost Boys Interactive is opening a second studio in Texas