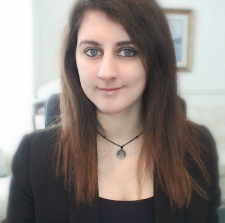 Steel Media's own Danielle Partis walked away with a prize from the MCV Women in Games Awards 2019.

The InfluencerUpdate.biz editor was named Journalist of the Year, beating out strong competition to take away the gong.

"It's incredible to be recognised among such a group of talented journalists," Partis said.

"InfluencerUpdate.biz is a young site treading new ground and I'm so glad that the industry is finding value in the work that it offers. I'm passionate about demystifying the influencer industry, but we're also here to hold it accountable for nonsense and help make sense of a space that is still evolving. I'm thrilled to have been recognised for that - huge thank you to MCV and Women In Games."

Partis joined Steel Media in July 2017 to launch influencer marketing B2B title InfluencerUpdate.biz. Prior to that, she was a freelance writer for TeamRock.com having also worked as a PR manager for developer Arcanity Inc in the past.

Her victory at the Women in Games Awards follows her being part of a winning Steel Media team during SpecialEffect's Chicken for Charity Playerunknown's Battlegrounds competition in June 2018.

Other winners on the day including State of Play's Daisy Fernandez, who won the Development Rising Star of the Year, while the Business Rising Star prize went to UKIE's Laura Martin.

The final prize of the afternoon was for Oustanding Contribution, which went to Siobhan Reddy of Media Molecule.