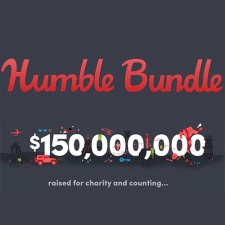 Games storefront Humble has revealed that it has raised more than $150m for charity so far.

This new and huge milestone was revealed on the company's Charities page on its website, in which the firm says it reached this figure nine year after selling its first bundle back in 2010.

The amount going to charities has skyrocketed in the last few years. In May 2016, the company said that it had raised just $4m for these organisations, meaning it has raked in $146m in just over three years. That's hardly surprising, given that events like the Yogscast and Humble Jingle Jam brought in way over $3m alone.

In October 2017, IGN parent company Ziff Davis snapped up Humble Bundle for an undisclosed fee. In March of this year, the company's co-founders Jeff Rosen and John Graham stepped down from their roles, but will still be providing their insight moving forwards.

Humble Bundle to cap charity donations to 15% next month