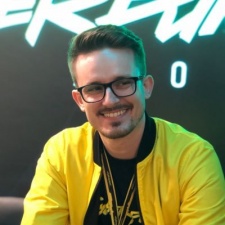 Polish developer and publisher CD Projekt has said it is going to give players the option to make their characters transgender or non-binary in the forthcoming Cyberpunk 2077.

Speaking to GamaSutra, quest designer Mateusz Tomaszkiewicz said that it's important to introduce these options into the game, saying that the demo that press and consumers have seen so far have been a work in progress.

This follows a piece on Polygon calling out CD Projekt for its depiction of a sexualised trans women in an advert in the game.

"Of course [we want to give users the option to represent themselves in-game]," Tomaszkiewicz said.

"It's a very sensitive and important subject I believe. We have put a lot of thought into this. One of the things we want to do in the final game (which we couldn't show in the demo yet because as you mentioned it's a work in progress) is to give the players as many options of customisation in the beginning of the game as we can.

"For example, we want to do this thing where, as you create your character after you choose the body type, you can, for example, use physical traits as you build your face that could be assigned to a man or a woman."

Pressed about whether non-binary characters could be made, Tomaszkiewicz continued: "Or nonbinary. The idea is to mix all of those up, to give them to the players, as they would like to build it. Same goes for the voice. We wanted to separate this out, so the players can choose it freely. This is something we are still working on, it's not as easy as it sounds.

"This is one part of it. In terms of how we depict the characters within the setting itself, of course, yes, we are paying a lot of attention to it, we do not want anyone to feel like we are neglecting this, or treating it wrongly."

While eagerly anticipated, Cyberpunk 2077 and the company behind it have come under fire for not including queer characters in such a subversive genre of fiction. Then there's the small matter of the Cyberpunk 2077 Twitter account posting a transphobic joke before the GOG.com account hijacked the #WontBeErased hashtag to promote its services.

Regardless of whether CD Projekt planned to included trans and non-binary options for characters in Cyberpunk 2077 before or after the game's reveal - and subsequent criticism - it's great to see one of the most-anticipated games in the world featuring this kind of inclusion, though for some this will likely be too-little-too-late.