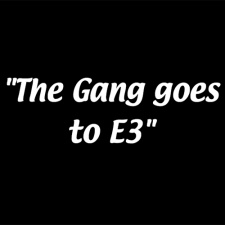 Ubisoft has unveiled the first live-action comedy series to come out of its Film and Television division, Mythic Quest: Raven’s Banquet.

A trailer for the show was presented on stage during the publisher's E3 2019 press conference by It’s Always Sunny in Philadelphia star Rob McElhenney, one of the creators behind the new show.

The TV series centres around a video games company and the making of an epic new game. The star of the show is Ian Grimm, played by McElhenney, who is the creative director at the fictional studio.

It has been produced in partnership with 3 Arts Entertainment and Lionsgate Television.

E3 2019: Ubisoft's show wasn't flashy, but the French firm is making the most of its strong heritage