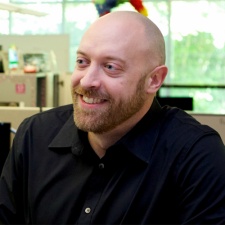 There may have been a car on-stage at last night's Xbox press conference, but there wasn't a brand new entry in Microsoft's Forza Motorsport series.

Speaking to IGN, developer Turn 10 Studios' creative director Dan Greenawalt said confirmed that there wasn't going to be a brand new entry in its racing franchise this year, but said that the developer's focus was shifting now to the future of the series.

It very much sounds like we can expect Forza Motorsport 8 to launch on the newly-announced Project Scarlett, too.

This is the first time that we haven't had a new Forza title on Xbox platforms since 2011 when Motorsport 4 was released. Starting in 2012, Turn 10 and Microsoft enlisted the UK's Playground Games to release the Horizon sub-series on alternate years to the main Motorsport franchise. There is the mobile Forza Street coming out this year though, so that's something.

“In the last five years, in particular, it’s become almost acutely clear to me that we’ve really transitioned from a time where we were all about just making products, to a time where we’re trying to build community,” Greenawalt said.

“We say around here in the hall – in fact, I just got done doing a team meeting where I was talking to the team about this – that our ultimate goal is to shape the future of automotive entertainment. And the way we’re going to do that is by building communities of gamers and people who love cars and bring people together in new ways.

“I announced on a stream a few months back that we were shifting the weight of our studio – we were changing our focus – away from Forza Motorsport 7 and towards our next project, but that we were doing it all very, very differently. And that’s very true; we’re taking this fan-first, player-first approach where we’re bringing players in in different capacities to have them help us ideate on what we build next, and prototype new ideas and new thoughts.”

“So, as of right now, Motorsport itself is actually in concept; it’s just something we’re currently building. And this is after supporting Forza Motorsport 7 for longer than we ever have before. I mean, we’ve done so many updates for that game. There was an IndyCar update recently, we’ve done tons of new modes including the Forza Race Regulations. And we even have some more updates going in there, so there’s still some updates going in on Forza Race Regulations. But all this is being done with micro communities that exist in our ecosystem, as well as new gaming communities we’re hoping to bring into our tribe.”