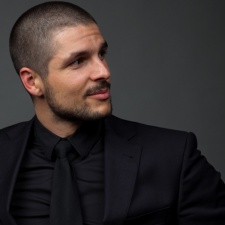 The co-founder of Limbo and Inside studio Playdead Dino Patti has set up a new company designed to make building multiplayer games easier.

Coherence is a cloud-based open platform that allows developers to create large and persistent worlds. On paper, this sounds very much like Improbable's SpatialOS and Hadean's Aether Engine.

Patti is CEO of this new venture, with his co-founder and CTO being Peter Björklund, formerly of EA's DICE studio. Meanwhile, former Unity CEO David Helgason is serving as an advisor for the company.

Coherence is set to launch in 2020 with alpha and beta tests coming later this year. Right now the platform only works with Unity, but the ambition is work with all major game engines.

“Today there are too many challenges in creating real-time interactions in games,” Patti said.

“Is there a way to combine the quality of the single-player experience with the social aspects of multiplayer games? Cumbersome network technology should not limit creativity nor connecting people. Our vision is to level the playing field for the games industry, offering an easy-to-use platform built on a lightning-fast core and with a strong focus on being open-source.

"Democratising the creation of connected games is an amazing opportunity that I relish taking on. I think that by enabling anyone to do multiplayer at a large scale we are opening the doors to a new wave of connected experiences that we haven’t seen before. I continue to be excited about what we are building at Jumpship, and my dream for Coherence is to one day power multiplayer games that are as emotionally captivating as the well-crafted single player experiences I’ve worked on.”

Patti left Playdead in the summer of 2016.