Dauntless strikes up six million players in its first week 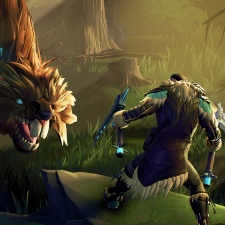 Developer Phoenix Labs' take on Monster Hunter had previously brought in three million players through its open beta on PC. The studio announced on Tuesday that Dauntless has since doubled that figure.

That comes in the wake of Dauntless’ launch on PS4 and Xbox One, as well as the game’s 1.0 launch on the Epic Games Store. Dauntless was previously available through its own launcher but is now exclusive to the Fortnite maker’s store on PC.

Per-platform figures weren’t shared, so we don’t have a breakdown of where Dauntless is performing strongest. But the title is notable for having both cross-platform play and progression, letting players use one account across all platforms.

Dauntless quickly gained traction after its initial beta launch last year, racking up one million players within its first month. Phoenix Labs’ slay-’em-up gave PC players a taste of Monster Hunter while Capcom’s latest was absent from the platform.

Even after Monster Hunter World’s wildly successful PC launch, Dauntless has managed to endure in popularity by giving players a free-to-play alternative to Capcom’s premium release.