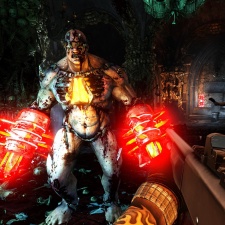 Not counting the original 2004 Unreal Tournament mod, Killing Floor and its sequel (and PSVR spin-off, Incursion) have netted the Georgia-based studio a total of over $100 million from the last decade.

Tripwire also shared the news that all three games have been played by over 15 million unique users worldwide. To commemorate 10 years of the gory shooter, Tripwire’s catalogue is currently 75 per cent off on Steam until May 20th.

That sale includes not only the studio’s own titles but those it’s taken under its wing since moving into publishing last June. The fledgeling publisher has already pushed a number of third-party games, including Maneater and Road Redemption.

The anniversary comes ahead of the Double Feature bundle, a “best of” compilation of Killing Floor chapters, DLC and seasonal content from all three releases.