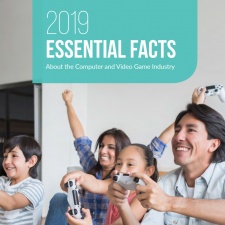 A new survey from the Entertainment Software Association has found that American gamers are largely voters.

This year’s Essential Facts pamphlet from the ESA once again provided a general state of the industry audience in the US, through data obtained via an Ipsos Connect survey of roughly 4,000 households.

Casual games are the most popular genre at 71 per cent of all games played, followed by action games and shooters at 53 and 47 per cent respectively.

This story first appeared on PocketGamer.Biz