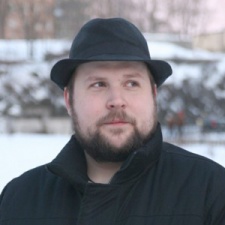 Blocky blockbuster Minecraft is celebrating its tenth birthday this year but creator Marcus 'Notch' Persson (pictured) is not going to be part of Microsoft's official celebrations.

Speaking to Variety, a spokesperson for the Big M said that the developer was not involved in the forthcoming May 17th event that's taking place at Stockholm studio Mojang.

Persson sold Mojang and Minecraft to Microsoft in 2014 for $2.5bn and has since left games development. Now, sadly, he is most famous for being angry and bitter on Twitter, regularly spouting alt-right talking points. He has also spoken about his new-found wealth making him miserable and feel isolated, which is no laughing matter.

“His comments and opinions do not reflect those of Microsoft or Mojang and are not representative of Minecraft," the spokesperson said.

Minecraft has been bought 30m times on PC alone, with total sales clocking in at over 154m units. That's without counting the 150-plus users the game has in China, where the construction and survival title was released with a free-to-play business model by local publisher NetEase.

Last year, PCGamesInsider.biz looked at the impact that Minecraft had had on games industry attitudes and particularly how it has changed Steam.