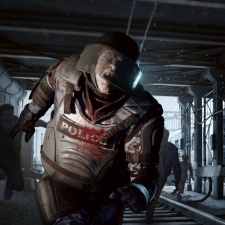 Sabre Interactive’s World War Z has proved zombie games are far from dead by racking up over 1 million players since launching last week.

Despite releasing six years after the film it’s using as source material released, World War Z has proven infection with players looking for something to fill the Left 4 Dead shaped hole in co-operative shooters.

“Overall the U.S. and EU have been equally strong in sales,” said Saber Interactive CEO Matthew Karch, speaking to VentureBeat.

“We have had 70,000 people playing at once across all platforms, with very similar distribution among PC (Epic Games Store), PS4 and Xbox.

That active player figure comes from across PC, PlayStation 4, and Xbox One, with no breakdown provided per-platform. But it’s worth noting that World War Z is yet another PC release finding success without a Steam release.

Karch also expressed pleasant surprise at the game’s performance outside the US, with international sales representing 75 per cent of the total.

“What surprises us is the fact that sales outside of the U.S. on the Epic Store have been so strong, with the U.S. being only one-quarter of sales.”

Revenue up 51% at Focus Home Interactive for Q1