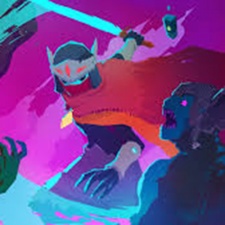 Another video game is coming to TV with Castlevania's Adi Shankar at the helm.

The news was revealed in an interview with Polygon, in which developer Alx Preston that an animated adaptation of beloved 2016 indie game Hyper Light Drifter is in its early stages, with many questions as to how they adapt the title.

“The difference between a series and a game is vast in a lot of ways,” he said.

“Hyper Light as a game was pretty atmospheric and kind of overbearing at times. For a series, the question is: how do you sustain and keep your attention on a non-interactive run? Does it get really, really dark and serious? Does it have some levity?”

If Shankar's name rings a ball, that's because he produced Netflix's Castlevania and is also working on adaptations of both Assassin's Creed and Devil May Cry. He also produced 2012's Dredd, which is an amazing piece of work.