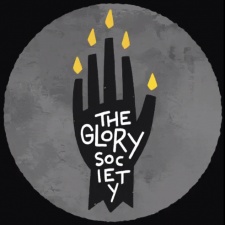 Artist and musician Wren Farren has also signed on - and while the trio hasn’t announced what they’re working on, they have disclosed the relatively unique work structure. The Glory Society is a worker’s co-op, meaning no bosses and equal recognition.

In a post on Twitter (below), The Glory Society announced it had a game or two up its sleeves - but for now, further details are kept locked in.

We’re The Glory Society, a worker-owned and operated cooperative that makes video games. Founded by Bethany Hockenberry and Scott Benson, two members of the team behind 2017’s Night In The Woods, along with artist and musician Wren Farren. We’re making a cool game. Or two. pic.twitter.com/1dpIdOKsHt

The Glory Society isn’t alone in this set-up. Dead Cells developer Motion Twin is also structured as a co-operative, calling itself “a direct challenge to tired old world corporate structures in general.”

Benson and Hockenberry haven’t abandoned Night In The Woods entirely. Alongside team-member Alec Holowka, the developers will still be providing support and future content for the supernatural small-town adventure.

“Don't worry, we're all still working together on Night In The Woods things here and there,” said the team via Twitter. “And we're all good pals. And we're all gonna make rad stuff.”