Microsoft's Ross: "Diverse teams do kind of create a more diverse output, diverse thinking, and innovation on where you're going" 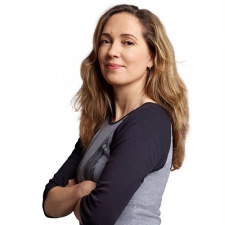 Corporate vice president and the head of Microsoft's sci-fi shooter franchise Halo Bonnie Ross has once again discussed the importance of diversity in games development.

Speaking on CBS News' 60 Minutes show, the industry vet said that having a more varied team makes for a more diverse and interesting output.

"When we look at gaming, I think it's important to have women on the gaming side," she said.

"It's about creating worlds we all want to escape into and I think it's about creating diverse characters and interesting storylines and that's something I'm really passionate about and a lot of the women on the team are as well."

She continued: "Across Xbox, we are really deliberate in making sure that we have opportunities for people to play the way they want to play. And that does impact diversity and gender, what you look like, what your skin colour is, what size body you have. And we try and make sure that you can play how you want to play."

Ross also says that its important to attract a more diverse range of staff for your teams as that results in a diverse output, thinking and innovation.

"I think diversity does attract diversity," she said.

60 Minutes host Sharyn Alfonsi also asked Ross about what needs to be done to get more women into development and tech, with the games vet saying that computer science should become a compulsory subject.

"if we had [computer science] as compulsory, we wouldn't have that drop off. Right now you have to make a conscious thought of: 'Am I interested in computer science and technology?' and many of them do not. 91 per cent of them identify with being creative and if you don't see computer science as creative I think you have a disconnect that happens there.

Girls do just as well in math, there's no difference, even stronger in math and they don't really question math. If we had computer science in elementary school and middle school as required work I think you'd create a comfort level that you don't have now."