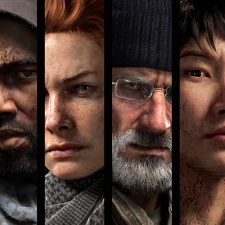 In a statement on its website, a company rep called Sally Jacka - whose job title we cannot find - wrote that Skybound had tried to sort out the myriad problems facing Overkill's take on The Walking Dead. This hasn't been successful, with the media giant saying that it is disappointed in the quality of the game.

Based on an exposé from Eurogamer that detailed the project's development, it's honestly a miracle Overkill's The Walking Dead ever made it out.

"As of today, we have terminated our contract with Starbreeze Studios and will discontinue all efforts on Overkill's The Walking Dead, our creators and their stories are the core of Skybound, and since 2014 we have worked hard to expand the world of The Walking Dead into an exceptional co-op action FPS," Jacka wrote.

"We did our best to work with Starbreeze and resolve many issues that we saw with the game, but ultimately Overkill's The Walking Dead did not meet our standards nor is it the quality that we were promised. We are exceedingly sorry to our fans and share their disappointment in the game. We remain dedicated to providing our fans with the most premium quality content we can offer, and will continue to look for alternative video game options for the IP."

In addition to killing The Walking Dead license, Starbreeze has said that Skybound has been in touch with Steam in order to pull the game from Valve's platform.

Starbreeze's acting CEO Mikael Nermark has said that Starbreeze is trying to reach an amicable agreement in order to try and keep the title up on Steam.

"We are deeply sorry for the issues this may cause anyone who has bought the game looking forward to the resolution of Season 2 and are working urgently to attempt to resolve the issue," Nermark said.

"Please keep an eye on the official OTWD channels for further news."

Overkill's The Walking Dead launching in November and made just $3.7m in sales by December 31st. Less-than-stellar sales lead to Starbreeze looking to cut costs with the Stockholm-based company filing for reconstruction at the start of December. That period was set to expire on March 3rd, 2019, with Starbreeze applying for a three-month extension last week.