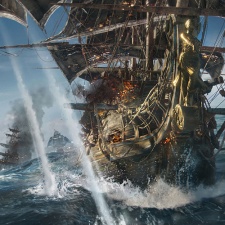 As reported by The Hollywood Reporter, the show is pitched as a female-driven drama set in the lawless frontier of the Indian Ocean at the end of the golden age of piracy in the 1700s.

Joining Kreinik in exec production is Amanda Segel, who will write the pilot, and Atlas colleagues Andy Horwitz and Richard Suckle. There is currently no word on who will star in the series, nor when fans can expect the piracy adventure to air.

Skull & Bones is in a somewhat unique position, sealing a TV deal long before the game it’s adapting is released. But Ubisoft is no stranger to commissioning conversions of its IP to both the big and small screen.

This certainly is a sign of confidence in the Skull & Bones IP from the publishing giant; the last new IP that received this sort of love before it was even released was 2014's Watch Dogs, which saw a sizeable merchandise push ahead of launch.