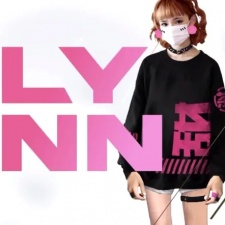 A Chinese-American model has accused Tencent of stealing her likeness for Ring of Elysium.

California-based YouTuber and Instagram model Mei Yan revealed via a thread on Twitter that the publishing giant had taken a years-old image of her, photoshopped it and used it as the basis for the Ring of Elysium character Lynn.

Multiple images had been used and altered across marketing videos, while an unaltered cropped image featured in advertising for the game’s adventurer pass.

hey twitter it's been a while but i just wanted to share this here too. i found out recently that the game Ring of Elysium @roe_tencent by the company Tecent stole an image of me from several years ago, photoshopped it and used it in their game for their character Lynn (cont) pic.twitter.com/mYGaxcQ9bK

Her likeness has since been removed from official videos and adventurer pack material. According to a moderator on the Ring of Elysium subreddit, an official investigation is underway.

Yan felt it an important story to tell anyway, particularly as her unaltered image was used to sell a paid product. The character of Lynn had become a particularly iconic part of Ring of Elysium, with fan-art and cosplay of an unaware real-life person already out in the wild.

“My original goal was to just bring some awareness,” said Yan, speaking to Kotaku. “If more people can know about this, I guess that’s all I can really ask for in this situation

“People have been paying for this Adventurer Pass, and are therefore paying to have access to this skin. I feel like, in a way, people have been deceived, and that’s really, really not okay.”

Ring of Elysium is Tencent's direct play in the battle royale space. This is a free-to-play title that launched into Steam Early Access in September 2018 developed by Aurora Studios. The Chinese games giant also holds stakes in both PUBG Corp and Epic, the companies behind Playerunknown's Battlegrounds and Fortnite respectively, and is handling publishing duties for both games in China. Well, when they are approved for release in the region that is.