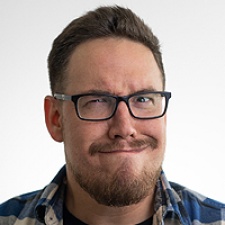 More importantly, however, is news that Second Dinner has received enough funding to see its first project through to completion, thanks to $30 million in investment from Chinese publisher NetEase.

Brode revealed his new studio Second Dinner back in July, formed with a number of fellow Hearthstone veterans after he ended a 15-year stint at Blizzard in April. In a YouTube video, Brode and the team kicked off a number of announcements with a move to a new studio.

Second Dinner is aiming high with its first project and has teamed up with Marvel on an unannounced game. What was confirmed is that the game is fully funded, and has a working prototyping after six months of development.

No more details were provided, save for individuals who make it through the company’s current recruitment drive. Second Dinner is hiring beyond its core team, which still consists of Hearthstone veterans Brode, Hamilton Chu, Mike Schweitzer, Yong Woo, and Jomaro Kindred.

This is certainly a vote of confidence in the new studio from Marvel, who recently has teamed up with big players such as Square Enix for licensed content.