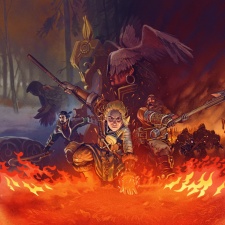 Action Squad describes itself as a story-driven transmedia studio that aims to develop across platforms and media, including games and film.

The studio’s first game is story-driven tactical RPG Iron Danger for PC, PS4 and Xbox One. The game has two playable characters, with the key hook being a time shifting mechanic that lets players rewind the game at any point.