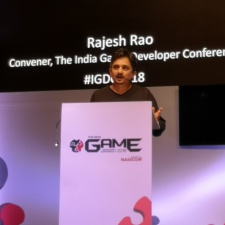 India is one of the world’s biggest emerging markets with a population of more than one billion people. And now it’s set to form its first-ever independent games trade body.

Traditionally such duties have been managed by NASSCOM (National Association of Software and Services Companies), India’s IT trade association. The organisation had expanded into other sectors such as animation and games, but is now refocusing on its core objectives.

The full story is over PocketGamer.biz

Ukie teams up with Sheridans for coronavirus hotline